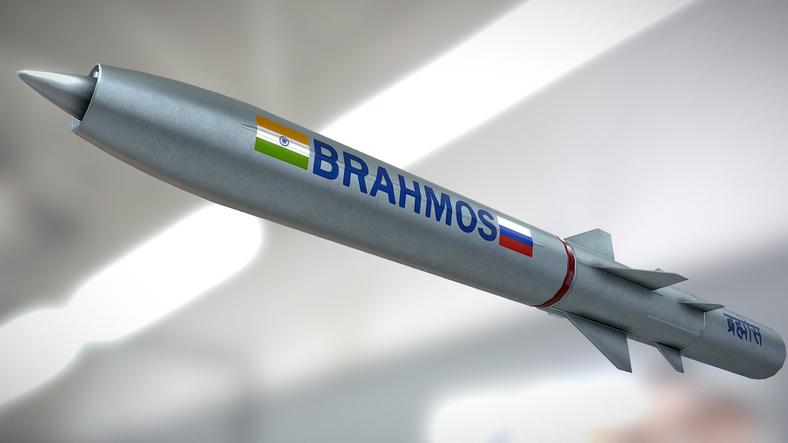 BrahMos is a medium-range ramjet supersonic cruise missile that can be launched from submarine, ships, aircraft, or land. It is the fastest supersonic cruise missile in the world. It is a joint venture between the Russian Federation's NPO Mashinostroyeniya and India's Defence Research and Development Organisation (DRDO), who together have formed BrahMos Aerospace. The name BrahMos is formed from the names of two rivers, the Brahmaputra of India and the Moskva of Russia.

It is the world's fastest anti-ship cruise missile in operation. The land-launched and ship-launched versions are already in service. An air-launched variant of BrahMos appeared in 2012 and entered service in 2019. A hypersonic version of the missile, BrahMos-II, is also presently under development with a speed of Mach 7-8 to boost aerial fast strike capability. It is expected to be ready for testing by 2020.

India wanted the BrahMos to be based on a mid range cruise missile like the P-700 Granit. Its propulsion is based on the Russian missile, and missile guidance has been developed by BrahMos Aerospace. The missile is expected to reach a total order of US$13 billion.

In 2016, as India became a member of the Missile Technology Control Regime (MTCR), India and Russia are now planning to jointly develop a new generation of Brahmos missiles with 800 km-plus range and an ability to hit protected targets with pinpoint accuracy. In 2019, India upgraded the missile with a new range of 650 km with plans to eventually upgrade all missiles to a range of 1500 km.

The former President of India, A. P. J. Abdul Kalam asked BrahMos Aerospace to develop an advanced version of the BrahMos cruise missile to maintain India's lead in the field. He stated that a hypersonic version of BrahMos would be needed that could deliver its payload and return to base.

Why Madanapalle should be headquarters of proposed Annamayya District?
For Indian Youth..! What should you know about Nambi Narayanan?
Things to Know before you go for Registration of a Plot or Property in Bangalore
When Police doesnot register your FIR? Contact Judge!
Privatisation of Public Sector Banks & Banks Strike in March 2021