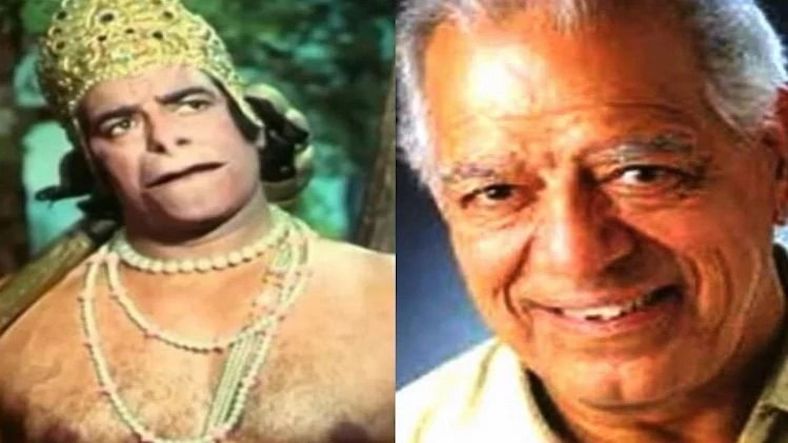 He was born on 19th November 1928 in a Jat Sikh family, to Surat Singh Randhawa and Balwant Kaur.

He is known for his undefeated worldwide streak in wrestling. His flooring of King Kong is still remembered. According to Thesz, Dara Sing was an authentic wrestler, he was superbly conditioned and had no problem losing to the latter. His last tournament, where he announced his retirement, was held in Delhi in June 1983.

He started his career as an actor in 1952 with Sangdil. He worked as Hindi and Punjabi film producer, director and writer, and he acted in films and television. His last Hindi movie was Jab We Met and the last Punjabi movie released before his illness was Dil Apna Punjabi. He acted in National Award-winning film Main Maa Punjab Dee directed by Balwant Singh Dullat. His role of Hanuman in the film Bajrangbali (1976) and in Ramanand Sagar's Ramayan made him popular.

He was the first sportsman to be nominated to the Rajya Sabha (upper house) of India.

On 7 July 2012, Singh was admitted into Kokilaben Dhirubhai Ambani Hospital, because of a massive heart attack. Two days later, it was confirmed that he had brain damage due to the lack of blood flow. He was discharged from hospital on 11 July 2012, citing that nothing can be done to prolong life, and died the next day at his home in Mumbai. He was cremated at Juhu crematorium.

In 1996 Singh was inducted into the Wrestling Observer Newsletter Hall of Fame. In 2016, Dara was included in the list India's top wrestlers of all time. On 7 April 2018 WWE inducted him in the WWE Hall of Fame Legacy class of 2018.

PREV
We Need Your Consent
By clicking “Accept Cookies”, you agree to the storing of cookies on your device to enhance your site navigation experience.
I Accept Cookies